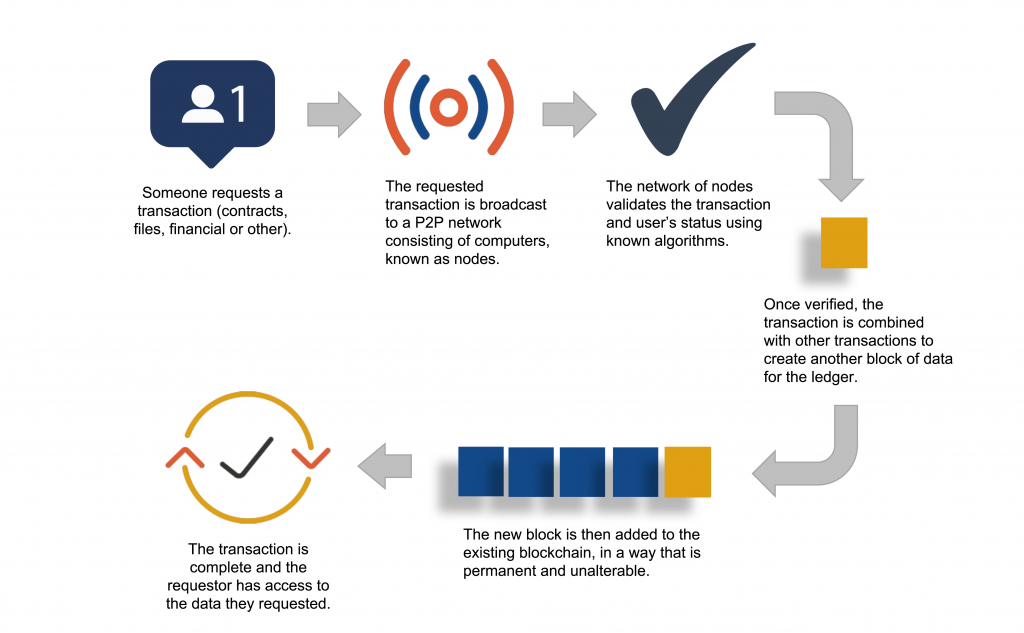 By allowing digital information to be distributed but not copied, Blockchain technology created the backbone of a new type of internet. Originally devised for the digital currency, Bitcoin, the tech community is now finding other potential uses for the technology.

Picture a spreadsheet that is duplicated thousands of times across a network of computers.  Then imagine this network is designed to regularly update this spreadsheet and you have a basic understanding of the Blockchain.

Information held on a Blockchain exists as a shared, and continually reconciled, database. The Blockchain database isn’t stored in any single location, so the records it keeps are truly public and easily verifiable.  No centralized version of this information exists for a hacker to corrupt.  Hosted by millions of computers simultaneously, its data is accessible to anyone on the Internet.

Our client requested the development of a blockchain solution to act as an exchange clearinghouse for Managed Care Organizations (MCOs) to identify and report Medicaid claims while also providing the state full visibility of data submitted by MCOs, pharmacies and other entities. The clearinghouse transfers data and shared savings arrangements among MCOs, pharmacies and participating…